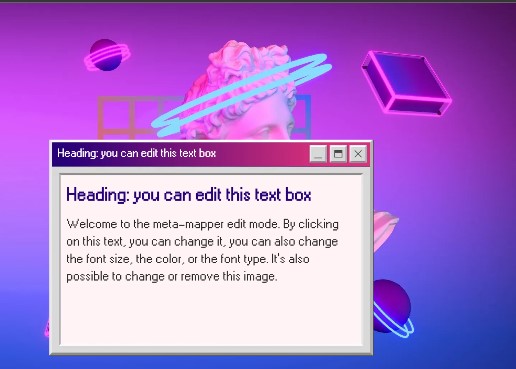 MetaMapper provides some beautiful modern Vaporwave Themes and Presets. Vaporwave is a music genre which is related to computer art aesthetics and was established in the 2010. But the aesthetics of vaporwave is based on the nostalgic pop culture of the 1980, 1990 and the early 2000. The vaporwave aesthetics uses old school and retro computer graphics, for example old Windows95 styles with other pixel graphic elements.

So Vaporwave associates a music genre and also a „design“ genre and is also related to other genres like „chillwave“ and „synthwave“.

The Presets can be found her:

Also some Windows95 Asthetics can be found here: